As one of the most burgeoning and recent field, interaction design is closely related to computer science development and technologies around users. Interaction design was born in the 1980s with the popularization of personal computer, and that is when interaction designers introduced the brand-new graphic user interface, commonly known as GUI, to the word. But when we go back to this history, we are going to notice some really interesting phenomena in the specific changing process of the GUI: from Skeuomorphism to Flat Design.

When the very first GUI was created by Xerox, the icons and images that appears on the screen are so fuzzy and simple. Without advanced graphic calculation processors and decent screens, the computers were only able to support black and white logos at an extremely low resolution. In 1984, the processing power started to increase. The first Windows system, Windows 1.0, started to support 4-bit color. This made the user interface a lot more vivid and understandable. In order to further enhances the intuitive and usable characteristic of GUI, designers started to make the user interface more delicate and detailed. A design style named Skeuomorphism started to appear on wide variety of user interface, including commonly known Windows 7 and iOS 6. Designers uses lighting effect and shadow on the regular components in user interface including buttons, sliders and status bars. All of these added details make the icons’ meanings and status more understandable to the users who are not familiar with GUI. But things changed very fast in 2013. Apple launched a newer version of iOS: iOS 7. The new flat yet still delicate design language blows throughout the world. Other major operating systems including Android and Windows started to follow this more flat and simple design and they launched Android 5 and Windows 8. 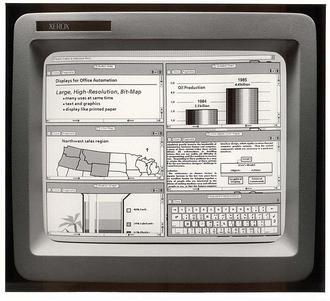 Though lots of designers and specialists nowadays are still arguing and trying to figure out which design system is more optimal, the extreme rapid change between Skeuomorphism and Flat Design clearly states the tendency that Flat Design is somewhat optimal than Skeuomorphism in the current era, and this can be proved from multiple aspects.

First and foremost, Flat Design is the new standard for efficiency and informative delivery. “Designers may prefer flat design because it allows interface designs to be more streamlined and efficient. It is easier to quickly convey information while still looking visually appealing and approachable.” Said by Luke Clum from UX Magazine[2]. Unlike Skeuomorphism, which is mainly focusing on letting user understanding the elements on the interface through physical-like visual design, Flat Design totally changed user’s perspective on how the user interface should look like. By simplifying all the redundant visual elements on the screen, which is no longer needed due to the popularization of graphic user interface, Flat Design can help the user to focus more on the content and functions of the software itself rather than distracted by the unnecessary decorative elements. This is extremely helpful for users to increase their efficiency when they are trying to solve real-world issues using these digital tools. Also, not limited by the physical logic and design, Flat Design is able to include more information in the limited space. Take the old Skeuomorphism Design from Apple Inc. as an example: the old “Game Center” app is limited by its’ life-like game board design, and all the game and social information it tries to provided is limited to the scale and the asset size of the real game board. After the Flat Design revolution in iOS 7, the brand-new “Game Center” is designed around three new colorful bubbles and the information are delivered more efficiently.

Secondly, Flat Design is easily-adaptable for the future technology. “It makes it easier to design an interface that is responsive to changes in browser size across different devices. With minimal design elements, websites are able to load faster and resize easily, and still look sharp on high-definition screens.”[3] In the age of portable technology, designers are facing the situation that they need to adapt a single website or app for screen with multiple resolutions and scales. For example, for PC screens there are scales from 3:2, 4:3, 16:9, 21:9 to 32:9, and for portable devices like iPhone and iPad, there are also scales of 9:16, 18.5:9 or even 9:21, and all of these scales on different devices have different resolution from 720P, 1080P and up to 4K, 5K or 8K. If the designers are try to create a user interface with Skeuomorphism Design, then they are facing the issues of non-linear scalable image assets, enormous image size in order to show content clearly on high-resolution screen and complex workflow. But all of these issues can be solved by Flat Design. Designers are able to use scalable-vector-based image, which is a kind of image that is generated using mathematical algorithms, to adapt various screen size and resolutions without sacrificing their workflow efficiency, computer or cloud resources and storage, as well as the precious user experience.

Though some may say that such design language transition is caused by both development on hardware technology such as processing power and screen improvements as well as the increment of user’s knowledge and Skeuomorphism is alway more optimal than Flat Design when users are introduced to a new kind of technology, the current design trend in the brand-new technology still refute this perspective. In the emerging new technology field such as virtual reality, augmented reality as well as artificial intelligence, the already commercially used product are still designed with Flat Design languages, and users are still accepting all these product easily. The idea of new technology must introduced with Skeuomorphism Design is clearly misleading.

All in all, though Skeuomorphism is a somewhat useful and delicate design style, it is just a creation of the past. Flat Design is a more modern design language that prevails Skeuomorphism in many different ways, and it definitely act as one of the most important bridges between user and technology in the future.